I recently had a horrible dream. It was the night before a new treatment started and over a series of very odd events in which scenes were short, intense, and highly charged. In very quick succession I experienced paralyzingly fear, violent rage, crushing grief, and generally amounts of confusion. And then the strangest thing happened.

In the final part of the dream, there were dozens of people in hospital gowns awaiting radiation treatment. With each patient there were one or two family members or friends. Then we were in some sort of assembly. I was by myself, barely aware of what was happening as I was totally depleted and hopeless. And then one man began to sing a song of worship.

As the song began I wasn’t really aware of it, and the crowd began to join in. Then I found myself quietly joining in with a harmony line. As we sang I felt my spirit return, lifting me back up, and calming my emotional wounds. The worship reached a huge climax with the same man leading.

In the silence, I began to sing a simple prayer of hope. The very act of the worship had led me back to hope.

I often have very vivid memories of my dreams, and this day was no exception. The events and images from the first part of the dream continued over the next couple days, and yet as much as they were disturbing to me, the hope remained. This can be the power of worship and prayer in our real lives as well, and for that I am profoundly grateful to God!

Of Nightmares and Pardons 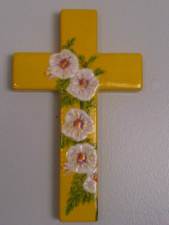 If you asked a person what was their worst nightmare, children’s answers may include; scary animals or bugs, being abandoned, getting lost, kidnapped, or trapped. As we grow older the focus may change to include being unable to do anything to save a loved one. This isn’t something we usually talk about during worship. Who wants to think about nightmares? For many of the people from Fort McMurray they may have lived through their worst nightmares in the past month and I pray that those refugees who are crowding onto questionably seaworthy boats to flee real life nightmares have faced the worst already.

In 1Kings 17:8-24 and Luke 7:11-17, we read two parallel stories of women living their own worst nightmares. Situated in cities miles apart and some 690 years apart in history. Both women are widows who had only one son. They both came in contact with a strange man at the gate of the city and both stories end with sons being brought back to life and being returned to their mothers. In the end, both healers are hailed as prophets of God.

There is some significance to the setting of the stories. Zarephath was a city on the eastern shore of the Mediterranean Sea in Phoenicia between Tyre and Sidon in what is known as Lebanon today. In this area people primarily worshiped Baal. This would have been enemy territory for Elijah. Nain was further south inland in Galilee, near Nazareth, where people primarily worshiped God. In theory, Elijah faced the greater challenge, bringing a Baal worshiper to believe in God, than did Jesus who was working in the very heart of the Land of the people of God.

The women met Jesus and Elijah at the city gates. If this were a modern story with no walled cities and dozens of roads leading into the city, they might have met downtown, or in a city square. City gates served a number of purposes in the Middle East throughout Biblical times. The most obvious of these being an entrance to a walled city and thus, as a part of the defense of the city, they would be guarded.

The woman in Zarephath was at her worst the day she met Elijah. God had sent Elijah to continue his hiding in a place that wouldn’t be expected. When he asked the woman for a drink and then something to eat he opened the floodgates to her story. She was a widow with only one young son. Due to the drought and her poor circumstances they were down to their last bit of flour and she was fully expecting that she and her son would die of starvation after they had eaten this last bit. Elijah assured her that the Lord God of Israel will not allow the jar of meal or the jug of oil to run out until the drought was over. What a relief she must have felt, pardon from a death sentence!

She was relieved, but she was still uncomfortable having this man of God living with them. And then her son got sick and died. She was, perhaps, more grief stricken at this time than she would have been earlier. She had already come to accept that they would die, and was prepared. But now, coming as it did after the great relief of the pardon, she was angry and she lashed out at Elijah. “What have you against me, O man of God? You have come to me to bring my sin to remembrance, and to cause the death of my son!”

The second woman lived in a small, little-known town near Nazareth with her only son. We approach these city gates just after his death. A large group of mourners is coming out of the gate, possibly blocking the way. Her son is on a stretcher and the mother and other women follow crying and wailing. No one says anything to the large group of people waiting to enter the gate. No notice is taken of Jesus or his followers. But Jesus takes notice. He sees the woman, bereft and alone in the world now that her final provider has died. He feels compassion for her and, as we would be inclined to do, he says, “Don’t cry.” What else would he have said in that moment? Are there words that can take away the pain?

While Psalm 30 speaks of crying out to God, being heard, and being revived, neither woman asked for help. The woman in Zarephath, having already given up hope once, blamed Elijah for making God take her son from her. She wasn’t about to ask him for anything, let alone God! This woman was very much in the anger stage of grief. The woman at Nain was more likely in the depression stage. Her adult son, her sole provider, was dead and was about to be buried. All hope was lost, his death was the end for him, and for her as well.

Despite the anger and depression; despite the hopelessness felt by both these women, God was not finished in their lives. In Zarephath, Elijah took the boy from his mother and took him upstairs. He cried out to the Lord! He asked that the child’s life be returned. God listened to Elijah and the boy revived. In Nain Jesus did something shocking. He reached out and touched the body on the stretcher. He told the man to get up, and he did. The man sat up and began to speak! Elijah took the boy back downstairs and, “gave him to his mother.” Jesus took the young man and, “gave him to his mother.”

The reactions to these events were proclamation and praise. The woman said to Elijah, “Now I know that you are a man of God, and that the word of the Lord in your mouth is truth.”(v24) The crowd around the city gate with Jesus were amazed and, “glorified God, saying, ‘A great prophet has risen among us’ and ‘God has looked favorably on his people!” (v16)

By restoring these sons to life God did far more than heal one person. He brought life back to mothers and sons. Life, hope, and a future. God, through Elijah and Jesus, was with these women through their worst nightmares and brought healing and hope and he is with us also. We may not walk out of our nightmares with the kind of healing that happened in these stories, but we do have hope, and healing will come.

“Burton-Edwards suggests in his notes on 1Kings 17:8-24 that the Lord God’s command to Elijah to “Go now to Zarephath” and live there with the widow in Sidon is basically a call to go and live with a vulnerable person. The command is not to go and do something FOR your neighbors who are vulnerable, but to go and BE WITH those persons. In other words, be in real relationship with them, which implies mutuality: spend time with them, love them, treat them as people from whom you have as much to learn as to teach, and from whom you need to be fed as much as you need to be feeding. (service planning notes GBod.com)

In the words of a familiar hymn;

My hope is built on nothing less

than Jesus’ blood and righteousness;

I dare not trust the sweetest frame,

but wholly lean on Jesus’ name.

When darkness hides his lovely face,

I rest on his unchanging grace;

in every high and stormy gale

my anchor holds within the veil.

God is that present hope in our worst nightmares, lean on him, and cry out to him! “May the God of hope fill us with joy and peace in believing so that by the power of the Holy Spirit we abound in hope!” (Living Faith 10.7)