Today at church we read from Matthew 2 about Jesus calling the tax collector named Levi son of Alphaeus. I actually went to the first and second service today, so I heard this twice. On second reading, I got thinking about doing a children’s story on the reading.

First, I thought I might just go up to the kids in the pews with their parents and say, Follow me.” In my own church, this wouldn’t help to make my point about how amazing it was that he did follow Jesus because the kids all know me and likely would be quick to follow me. They might stop at the door if I tried to lead them out or off the property.

My next thought was to suggest a number of scenarios with a stranger asking them to follow. Maybe a person coming up to them at the park, or at school. I might describe them as dressed in different types of things, black masked with dark clothes, a person all dressed up, a person in jeans and at shirt. Though they may be more inclined to go with someone in a police or fire department uniform, I realized that, perhaps more than ever, the kids would likely say no to anybody new who suggested they leave what they are doing and go along with them.

But in both Mark 1 and 2 there are stories of Jesus walking past people and just calling them to follow him…and they did! Fishermen followed, leaving their nets, boats, and families with seemingly not a second thought. Perhaps this seems less likely with a busy tax collector, both because of his activity, and because he would have be considered persona-non-gratis amongst the Jews of the time. Did he not wonder, “Can he be talking to me? I am a great sinner!”?

Jesus is still out there calling us to him, children and adults alike. The question that comes to my mind is, in such a troubled world in which we see daily footage of violence, kidnappings, and accidents, is it even less likely that we would pick up and follow without question? As a Christian, I would like to think that I would hop right up, but then maybe not.

Have you followed? What made you follow? Did you keep following? Do you think people would be likely to follow you to God?

I recently had a horrible dream. It was the night before a new treatment started and over a series of very odd events in which scenes were short, intense, and highly charged. In very quick succession I experienced paralyzingly fear, violent rage, crushing grief, and generally amounts of confusion. And then the strangest thing happened.

In the final part of the dream, there were dozens of people in hospital gowns awaiting radiation treatment. With each patient there were one or two family members or friends. Then we were in some sort of assembly. I was by myself, barely aware of what was happening as I was totally depleted and hopeless. And then one man began to sing a song of worship.

As the song began I wasn’t really aware of it, and the crowd began to join in. Then I found myself quietly joining in with a harmony line. As we sang I felt my spirit return, lifting me back up, and calming my emotional wounds. The worship reached a huge climax with the same man leading.

In the silence, I began to sing a simple prayer of hope. The very act of the worship had led me back to hope.

I often have very vivid memories of my dreams, and this day was no exception. The events and images from the first part of the dream continued over the next couple days, and yet as much as they were disturbing to me, the hope remained. This can be the power of worship and prayer in our real lives as well, and for that I am profoundly grateful to God!

The Candle of Love: Conflict and Love

This past Sunday we lit the fourth Advent candle, the candle of love.  As we did so I got thinking about what we know of love.  Church goers will be familiar with the scriptural quote from John 3:16, “For God so loved the world that he gave his one and only Son, that whoever believes in him shall not perish but have eternal life.”  That is a love that would be hard to emulate wouldn’t it?  And then there are the words from 1 Corinthians 13,

On reading these sections of the Bible I think we risk getting a very romanticized idea of perfect, comfortable love which will always meet our needs and never be challenging.  So what about all those conflicts in our families?  I believe we miss out on a rather significant point from God’s love letter to his people, as the Bible is often called, we have often been in conflict with God. 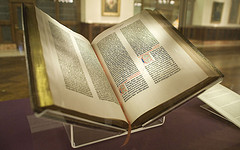 In my classes lately we have been looking at Dr. John Gray’s love letter technique for dealing with conflict within relationships.  One of the things that is so powerful about this technique is that it focuses not on everything that is wrong with the other person, but on our own feelings.  The idea is that by going systematically through all the feelings and writing them out we will find ourselves back at love.  There is a section for each of; Anger, Sadness, Fear, Regret, and Love.  My students often start out rejecting the idea out of hand because it starts out with such negative feelings.  After all, we aren’t supposed to get angry, jealous, etc.

Let’s look at those again.  We have read about the wrath of God, and out of anger Jesus destroyed the fig tree.  Every time humans have turned their backs on God and strayed it must have saddened God, as it would any parent when rejected by their children.  Jesus is moved to sadness over the troubles of others, and he cries in sadness and some degree of fear over the challenge in facing the cross.  It seems clear that God has felt regret if only by looking at the number of times we were cast out, sent into exile or in other ways punished, only to be taken up again in God’s arms.

If things in your relationships are not all rosy and exciting as we head into Christmas, do not feel that the Hope, Peace, Joy, and Love are not for you!  It is because of God’s love (anger, sadness, fear, regret and all) that we were sent the awesome gift of Jesus.  It is out of God’s love that we are offered grace.  It may take us years to unwrap it, but the gift remains there for those who believe.

To find out more about the Love Letter Technique read Men are from Mars, Women are from Venus by Dr. John Gray

The Lights Are On, Are You Home? 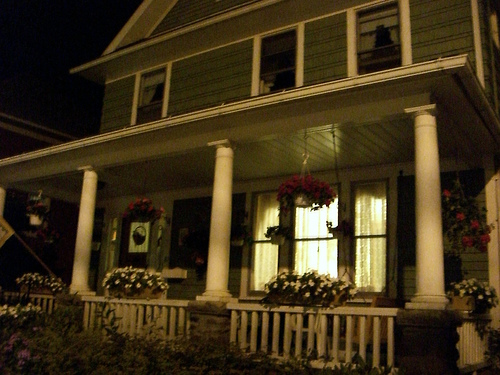 Thanks to Creative Commons

Ever since I was a kid I thought that houses only looked inviting or alive at night with the when the lights are on.  When my husband and I were house hunting we went to see the houses with our realtor during the day or in the early evening when we were off work, but I always made a point of going past at another time later in the evening to see the house at night.  I was looking for a house that looked warm and inviting which I could only see when the light was shining out.

I think the same is true of people. Obviously you don’t have to meet a person in the dark to know what they are like, nor do they literally have windows and lights shining out of them.  You can tell, though, when you meet a person whose light is shining out.  Rather than being able to see it you can feel it when you meet a person both filled with the spirit and letting that spirit move through them and out into the world to shine for others and show them the way.

In Matthew 5:15, Jesus speaks of this light through the metaphor of a lamp being hidden under cover. “No one after lighting a lamp puts it under the bushel basket, but on the lampstand, and it gives light to all in the house.”  We have good in us, hopefully we are filled with the spirit, and it would b foolish to hide that under a basket or behind a façade of any type.

It is not always comfortable to be the one shining in the room.  There are many more people under baskets in our daily travels than there are people shining.  As a result, when we are faced with a situation where we feel called to speak out against some wrong being done or injustice, we may reach for the basket to protect ourselves from potential abuse for being, “naive,” or “wimpy,” or just not fitting in.  These are the times, however, that most cry out for some light.

May your light and mine shine out to all whom we meet in the coming week!