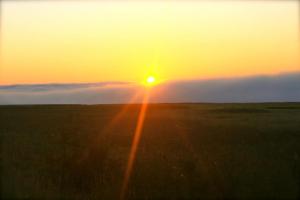 Stories of Jesus, tell them to me. In the last four weeks we’ve had birth, Epiphany, Baptism and now this week we go to a wedding. The wedding is in Canna and the celebrations are expected to last seven days. But like in John’s baptism story, Jesus is not the center of attention. He is the center of attention for us, of course, and one of only three characters who speaks; he, his mother and the master of the banquet.  In the bigger picture though, he is nothing more than one of many wedding guests and the attention is on the happy couple of whom John makes only passing reference to the groom.

Mary was invited to a wedding and Jesus and his disciples tag along. After all, wedding feasts are one of the few times in the lives of most common people of the time when they had the luxuries of meat and wine. They become aware that the wine was gone long before the celebration would be finished. Mary brings the issue to Jesus’ attention and after he told her it was not his time Mary tells the steward to do whatever Jesus tells him. Huge jugs for the water of purification are refilled with water and then Jesus says to draw some out and take it to the master of the banquet. When the master tastes, it is wine. He then takes the groom aside and comments that this is much better wine and that usually people serve the good stuff first. No one else at the party is aware of any of this happening. [i]

John focuses much of his Gospel on the signs or miracles of Jesus “so that we may believe that Jesus is the Christ, the Son of God and that by believing we may have life in his name” (20: 30-31). The story of the wedding at Canna is the first example, and in case we missed that fact, he states that, “He [Jesus] thus revealed his glory, and his disciples put their faith in him” (2: 11). Wait a minute! Where was the glory? There were no bright lights, no announcements of thanks, no heavenly choir singing. The banquet just continued on as before.

What do we think glory is like?  We have only recently left the stable at which time we heard, “the Glory of the Lord shone round them and they were terrified.”(Luke 2:9) ‘Glory to God in the highest heaven, and on earth peace among those whom he favours!’ (Luke 2.14: ) he will be a light for revelation to the Gentiles and for glory to your people Israel.’(Luke 2:32)

In a Google search for Glory I found 29,700,000 results in News of which many were stories of victories in sport or awards being won. A search of images brought mostly very bright pictures often of the sun rising, of hands raised some in victory and others in worship. In the first several pages of results there were some sports, some military themes, one ultrasound baby pic, and one WWI battlefield with lone dead soldier.

Merriam-Webster online lists; public praise, honor, and fame: praise of a god: something that brings praise or fame to someone or something: something that is a source of great pride. Synonyms and related words included; celebrity, fame, renown, acclamation, elevation, and enthronement. Jesus certainly did not seek fame, renown, or celebrity. On the contrary he frequently told people to keep quiet about his having healed them, he sought time alone in prayer, and he would have been a terrible Hollywood star!

In the Hebrew Bible, the word for Glory of Yahweh signifies the visible divine presence and that seeing or experiencing his glory is seeing or experiencing Yahweh himself. With images of Glory in flame and light so bright as to blind people it is a thing of which to be cautious. In the New Testament “the most theologically important use of doxa (the Koine word for glory) is as a way to characterize God.[ii]” In Matthew, Mark and Luke the Son of Man is expected to come “in glory” or “on the clouds with glory” or occupying the “throne of glory” The dictionary says that, “Jesus will come shrouded, draped and encompassed by Yahweh’s presence.”[iii]

One of our favourite TV shows at our house is M*A*S*H and recently, while watching the series for the nth time, we came across an episode called An Eye for a Tooth in which Father Mulcahy gets passed over for promotion.

At first, though greatly disappointed, he takes it philosophically. But then a famous helicopter pilot arrives with an injured soldier. People, including Mulcahy are star struck with the pilot. Later he hears from the pilot about all the attention that he had received including promotions. He discovers that the pilot went from 2nd lieutenant to captain in 6 months. He is incensed with this news. The next day he takes a huge risk that stuns the company. Did he need this heroic act for glory?

What is the chief end of man? Man’s chief end is to glorify God, and to enjoy him forever. Both Colossians 3 and 1 Corinthians 10 say, whatever we do we should do to the glory of God. As we put our gifts to work in fulfilling out vocation we are not, in theory, doing so to get attention, reward or praise.

In a commentary on today’s text author Scott Hoezee said that, “we are going to have to revise our definition of “glory.” We may need to let go of our visions of bright halos, loud shouts of hosanna, spectacular almost unbelievable happenings. Is it possible that glory doesn’t mean covering our faces so that the effect of God’s glory won’t blind people? That going into God’s presence without the proper position or clothing might not kill us? Of course it is!

In M*A*S*H Father Mulcahy was often troubled over whether his role as chaplain and religious leader had any importance compared to the doctors’ obvious talent for saving lives. Speaking calmly and quietly, listening attentively, working tirelessly at whatever needs to be done, loving and caring for both the company members and the wounded; these are his everyday acts through which he brings glory to God. At the end of the episode I told you about he says to Colonel Potter, “If I have any disappointment it is with myself, I’m afraid ambition made me forget why I’m here. After all it’s the job that is important, not the rank.”

Like John so long ago, we live in a world filled with need, disasters, barely restrained chaos and in desperate need of redemption. Remember this story of glory, the very presence of God revealed by an almost unknown man at the wedding of everyday people. Though it was so quiet an act as to go almost unnoticed, it was a revelation of glory. It was all the disciples needed to give them faith that Jesus was the Messiah. As Scott Hoezee says, “divine glory is around a lot more than we think, maybe, just maybe, that will mean we’ll see divine glory a lot more often in our lives than we might otherwise think. When the hungry in our cities are fed, when the homeless are housed, when children without decent shoes get nice new sneakers from a local clothing ministry, when the despairing are comforted by a word of hope, when the sad can dry their tears with the gospel comfort of the resurrection to come: when we see these things happening in our churches and in our communities and in our families, then we are seeing the glory of God as God continues to guide us back to that for which he created us and this whole cosmos to begin with.”[iv]

We can and often do these things every day. As members of the body of Christ, our acts in God’s name stand for the presence, the glory of Jesus.

This entry was posted in Reflections. Bookmark the permalink.