Dying to Live: What Do You Need To Let Go? 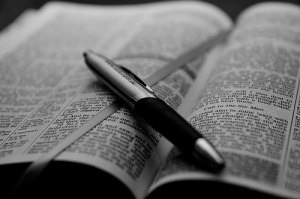 24Very truly, I tell you, unless a grain of wheat falls into the earth and dies, it remains just a single grain; but if it dies, it bears much fruit. 25Those who love their life lose it, and those who hate their life in this world will keep it for eternal life. 26Whoever serves me must follow me, and where I am, there will my servant be also. Whoever serves me, the Father will honour.

These verses come at a turning point in the Gospel according to John.  Up until now Jesus has been waiting for the right time for, “the son of man to be glorified.”  Now it is time.  One might expect to hear plans for an anointing ceremony, a parade, a feast, and ascension to a throne.  With hindsight we know that all these things did happen, only not in the way his followers would have expected.

For those who had been following him from the beginning these must have been exciting words!  But they were quickly followed by something very confusing.  What was all this about dead and buried grain?  Was the discussion of some losing their lives meant to mean there would be a fight when they reached Jerusalem?  This declaration of Jesus was totally baffling!

We know that in the coming days Jesus would be anointed with oil, but in preparation for death, not as a king.  He would enter Jerusalem in a parade, share the Passover feast with his disciples and ultimately his earthly “throne” would be the cross.  Following that he would be buried just as the dead wheat so that he might rise up and bear much fruit.

What do you have in your life with which you are not willing to part?  In what area are you not open to growth and change?  I know I’m pretty darn comfortable the way things are.  I love my family and my dog (although less barking would be nice) and I like my house.  I have my own car which is important to me in that it gives me great freedom.  I have a good job at which  I’m fairly good.  I’m not really interested in change.  I have the impulse to learn more and grow in my faith, but not necessarily the guts to take the leap and start a new academic program which might jeopardize my economic comfort level.

Eugene Peterson suggests, at the end of the reflection for day 240 (see below), that we, “Try being reckless in our love”: let go just a little bit, with Jesus’ help.”

The Message//Remix:Solo is by Eugene H. Peterson published by NavPress and is an excellent devotional resource!